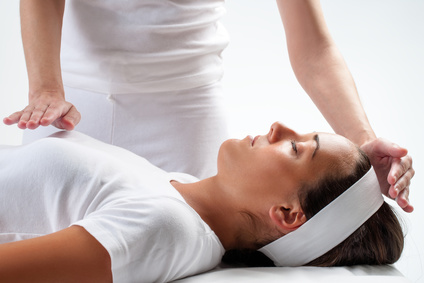 Reiki is administered by “laying on hands” and is based on the idea that an invisible “life force energy” flows via us and is what causes us to be well.

Reiki is a Japanese therapeutic technique that is intended to encourage healing. The term Reiki consists of two Japanese words – Rei meaning “God’s Wisdom or the Higher Power” and Ki which is “life force energy”. Therefore Reiki is actually “spiritually guided life force energy.” Through the use of this method, practitioners believe that they are shifting universal energy (i.e., reiki) by means of qi (ki in Japanese) through the palms, which they believe allows for self-healing and a state of balance. While Reiki is spiritual in nature, it is not a religion. It utilizes a method often called palm healing or hands on healing as a form of alternative medicine.

Reiki was developed in 1922 by a Japanese Buddhist Mikao Usui, and has since been adapted by different teachers of various traditions. It is administered by “laying on hands” and is based on the idea that an invisible “life force energy” flows via us and is what causes us to be well. If one’s “life force energy” is reduced, then we are more prone to get sick or feel stressed, and if it is high, we are much more capable of staying happy and healthy.

Reiki therapy might feels like a wonderful glowing radiance that passes through and around you. Reiki treats the entire individual including body, emotions, mind and spirit producing many beneficial effects that include relaxation and feelings of calmness, security and wellbeing.

There are two major branches of Reiki, generally known as traditional Japanese Reiki and Western Reiki. Though variations can be wide and diverse between both branches and traditions, the primary difference is that Westernized forms utilize systematized hand-placements instead of depending on an intuitive sense of hand-positions, which is commonly used by Japanese Reiki branches. Both branches generally have a three-tiered hierarchy of qualifications, usually referred to as the First, Second, and Master/Teacher levels, all of which are involving different skills and techniques.