Lomilomi is the traditional massage of Hawaii.  Lomilomi, meaning “masseur, masseuse” in the Hawaiian language, is the word used today to describe Hawaiian massage, traditionally called lomi, meaning “to rub, press, squeeze, massage; to work in and out, as the claws of a contented cat”. Lomilomi is a holistic healing tradition beyond simple massage.

Massage is one of the leading prescriptions for healing passed on to us from our ancestors.  Hawaiian Lomi Lomi massage was created by Polynesian ancestors, more particularly known as the superior healers of Hawaii.  In ancient times, the way to relax and release bad toxins from the body was to receive a massage.

According to the Hawaiian philosophy Huna, Lomi Lomi massage emphasizes living in harmony and love. Lomi Lomi massage is known as loving hands massage as it works gently yet deeply into the muscles having a continuous flow of strokes, completely fostering the body, and enabling the body to take a rest.  Therefore, Lomi Lomi is denoted as a unique form of massage which is defined as a massage with the touch of love. Hawaiians look essentially for harmony and flow in their surroundings.

Hawaiians also view all aspects of the body  as the “whole”. If an affected part of the body is healed or restored, all other parts are affected too. Hawaiians believe that illness and tension are present when there is a problem with coordination in an individual’s body. Thus, Polynesians, who are also known as master healers of Hawaii, developed a massage procedure which expresses healing through continuous flow of strokes that enables the recipient to relax and unwind.

Hawaiian Lomi Lomi massage gives the special loving touch that relaxes the whole body. It helps to bring out the blockages and at the same time gives the energy a new direction.  Consequently, Lomi Lomi massage is not just a physical relaxation; it also facilitates healing on the mental, emotional, and spiritual self as well. Accordingly, Hawaiians consider all dimensions of the human body as one and they believe that the physical, mental, emotional, and even spiritual aspects are all part of one self. When Lomi Lomi massage takes the healing effect on one level, all other levels are affected too. On the other hand, illness is a state of stress which leads to defiance that stops the flow of energy. Through Lomi Lomi, stress and muscle tension are relieved; blood and lymph flow are encouraged; and waste and toxins are eliminated. One of the Huna philosophies states that flow of the body’s energy can be blocked in our joints.  Tender touches and stretches are integrated in the massage procedure to ensure the release of tension and free energy flow.  Therefore, the recipient can truly attain the sensation of relaxation and comfort.

The best way to retain the high energy level in our body is to perform some dance work or hula movements and let practitioners and recipients combine those two preparations to maintain the flow of body’s energy. Unlike other types of massage, Lomi Lomi allows most of the body parts to be exposed so that the practitioner can easily perform full body strokes. This process will assure the non interruption of the body energy flow. Practitioner will then make sure that the area is within the warm level that can let the recipient feel comfortable. Moreover, the client will be asked to set an objective on how he/she would like to receive the massage procedure. The masseuse then starts the massage on the back of the recipient with rhythmic motions using the hands and forearms.

Massaging different parts of the body at the same time is another unique feature of Hawaiian LomiLomi massage, wherein the recipient can feel a profound sensation of relaxation because multiple areas are being worked on. In this manner, Hawaiians believed that the normal flow and harmony of an individual can be achieved by the removal of toxins and wastes produced by an individual’s body. Also, Hawaiians view their clients as someone who must be reverted to their body’s normal harmony and flow.

In addition dance movements around the massage table and the Inhalation work done by the practitioner are also a part of  the procedure. Hawaiians believed that these movements can assist in the removal process of wastes and toxins from an individual’s body, and at the same time keep a high level of intensity of the massage procedure. The practitioner can likewise induce a fast or slow motion of massaging so that the recipient can feel a more refreshing and  stimulating sensation.

Accordingly, most who practice LomiLomi massage interpret it as “The Loving Touch”. This means that all portions of the human body are connected with one another, and that through sensual massage, the body can restore to its natural and normal behavior. In addition, the word “ALOHA” is very meaningful for the Hawaiians.  For people who practice Lomi Lomi massage, the word “aloha” must be well-appreciated for it means “the joyful sharing of life energy in the present.” Likewise, the word “aloha” pertains to nurturing the body of the recipients as their own which is the very foundation of Hawaiian’s Lomi Lomi massage. 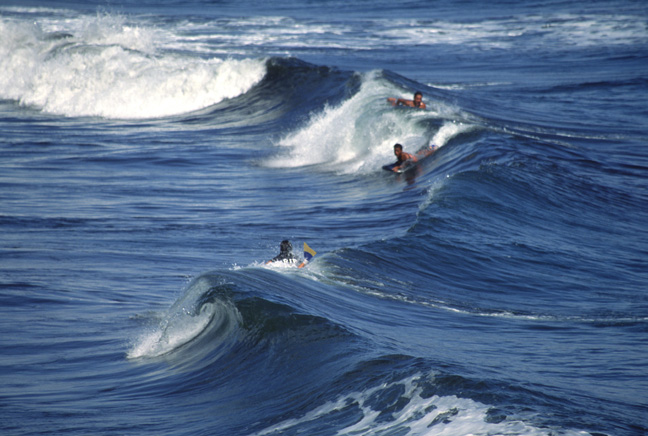 In the Hawaiian language, the term ‘lomi’ simply means ‘to massage’. The Lomi Lomi massage, however, encompasses more than the soothing, kneading motions that characterize it. A wealth of history and tradition linked to the massage helps to account for its acclaimed relaxing and rejuvenating qualities.

What Is A Lomi Lomi Massage?

The uniquely Hawaiian Lomi Lomi massage evolved out of massage forms brought by early Polynesian settlers. The different styles of the massage are often rooted in the history of a particular family and served as a restorative health practice. Traditional styles of the Lomi Lomi incorporate movement, chanting, and prayer, as well as the core intention of ‘aloha’.

Aloha, a spirit of love and acceptance of self and others, is at the heart of Hawaiian philosophies of life and purpose. Aloha is infused into the Lomi Lomi massage. The massage therapist uses a combination of forearms, elbows, palms, fingers, knuckles, knees, feet, sticks and stones to transfer ‘The Loving Touch’, making a healing connection with the client.

The Lomi Lomi is distinguished by long, continuous, rhythmic strokes, combined with The Loving Touch, with the objective of relaxing the entire being. The therapist will often focus on two areas simultaneously, in a deliberate attempt to confuse the client’s brain and get it to simply relax and enjoy the massage. The client generally lies directly on the massage table covered by a small towel or sheet (to preserve modesty). The exposure of most of the body gives the therapist uninterrupted access, so that the important flow of the massage is not broken.

Benefits Of The Lomi Lomi Massage

The belief behind the power of the Lomi Lomi massage is that it has the capacity to redirect the flow of energies within the body, mind and spirit. Thus, it facilitates healing and wellness on physical, mental, emotional and spiritual levels. Illness, tension and pain are viewed as the result of blockages to the flow of energy.

The physical actions of a Lomi Lomi massage relieve stress and tension, while improving the flow of blood and lymph fluid in the body. These in turn aid the body’s elimination of waste and toxins.

A Lomi Lomi massage is also thought to improve posture while increasing flexibility and range of motion. Emotional release and a feeling of empowerment are also benefits of the massage, as are glowing skin and improvements in appetite and digestion.

Long after the massage is over, the client still enjoys a feeling of overall renewal and improved self-image. This distinctive massage based on an intuitive connection between the massage therapist and client is sure to help you achieve harmony in different areas of life.