Reflexology is commonly known as the process by which pressure is applied on different parts of the body such as feet, hands, as well as ears.

Reflexology is regarded as an effective means of alleviating stress and certain illnesses.

Reflexology is not just for pleasure but rather, for gaining a healthy lifestyle in terms of mental, emotional, and physical well-being. Reflexology can help in preventing aches and muscle pain and tension, as well as in significantly reducing physical, emotional and mental fatigue.

Reflexology foot therapy involves applying pressure to certain points in the feet, which corresponds to various parts of the body to decrease pain and promote good health. But reflexology is more than an enjoyable foot rub. Instead, it’s based on the theory that certain points in the feet and hands are related to different organs and systems in the body. By applying pressure to these points, reflexology can improve the functioning of the systems.

Although reflexology is used to treat a variety of conditions, studies have mostly been done on its effectiveness in treating stress and pain. For example, research conducted by the National Institutes of Health indicated that reflexology might decrease anxiety, stress and sleep problems in some people.

During a reflexology treatment, the practitioner will apply pressure to specific areas of your feet and possibly your hands based on the condition being treated. The pressure may be applied with the fingers, hands or tools, such as rubber balls. Reflexology is considered safe with very little risk of side effects. Some people may experience discomfort if the pressure applied is too hard.

Reflex Points on the Foot 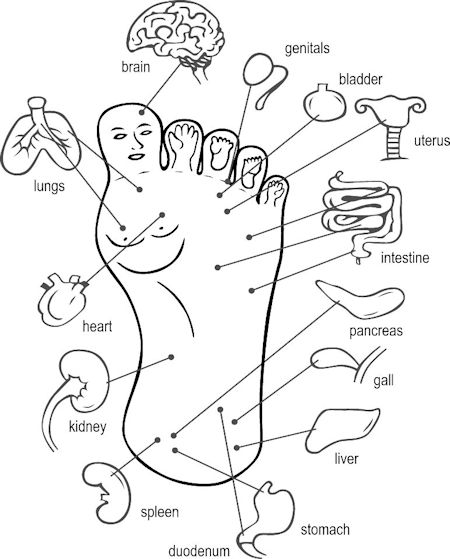 Reflexology is a healing technique based on the theory that reflex areas exist in the feet, hands, and ears that link or refer to particular organs, glands, and other parts of the body. 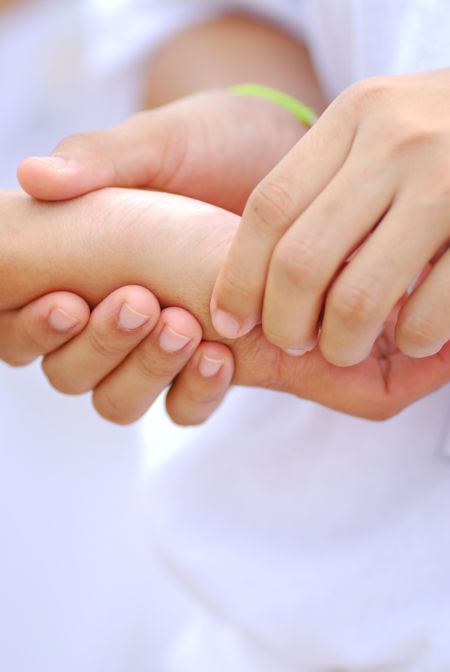 While, reflexology is a form of bodywork that focuses primarily on the feet, it may be administered on hands or ears.

Reflex Points on the Hand 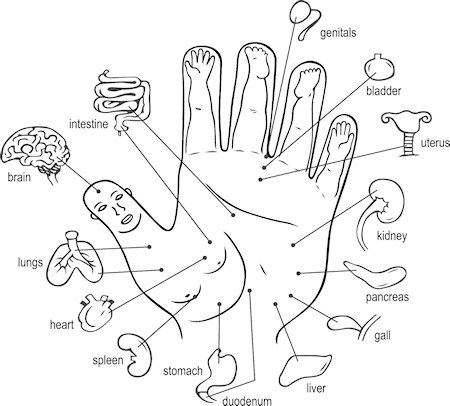 Reflex Points on the Ear 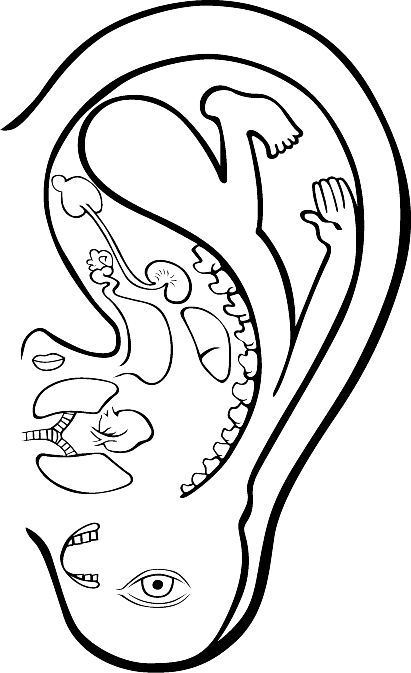 Tips! How to Find a Reflexologist

Reflexology is not regulated in any province in Canada or the U.S. Virtually anybody can practice reflexology or call him- or herself a reflexologist. Read more… (How to Find a Reflexologist)

One Response to Reflexology