Almost every culture worldwide has practiced massage in some form as a healing technique.

The Chinese have used massage (tuina) for therapeutic purposes for 4,000 years, and it is still a significant part of traditional Chinese medicine (TCM) today.

Swedish massage appeared in the U.S. in the mid-19th century. The American medical establishment enthusiastically adopted the technique and practiced it for the next 50 years.  Massage went out of vogue in the early 20th century as medical technology and pharmaceuticals began their ascent.  Only a few practitioners continued to utilize massage—that is, until the 1970s, when it re-emerged on the public scene as part of the increasing interest in alternative medicine and treatments that utilized the mind-body connection.  Massage continues to grow in popularity today, and the number of trained massage therapists is increasing rapidly to keep up with the field’s growth.

The evolution of human touch and history of massage are intertwined with the history of humankind. 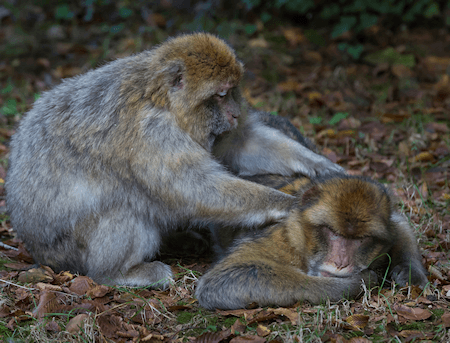 Touch is the first language of monkeys and other mammals

Since the prehistoric ages, touch has been a vital portion of the primate social system, originally as an aspect of grooming behavior. Within the lengthy transition from primate grooming behavior over to human contact systems, the process of touch took on additional social characteristics. As humans evolved to create organized civilizations, touch transformed to various touch methods and behavioral modes. Touch became more complicated, ultimately becoming a structured manual art therapy. However, prior to touch being formalized it first was a portion of social interactions — between child and mother, between friends — as well as merely basic healing of others and self.

Massage was a portion of a bigger human context within almost all cultures on Earth. It was a vital portion of numerous elements of human activity, which included healing and religious rituals; healing arts like midwifery, nursing hydrotherapy, medicine, movement and exercise therapy, athletics; bonesetting, barbering, spas, as well as the pleasurable pursuit of sensuality; plus within many cultures, day-to-day family life.

Massage wasn’t practiced nor advocated as a therapeutic tool until modern-day times. The shaman who rubbed evil spirits out of the human body, the deaconess who applied her hands to inspire the Holy Spirit’s healing power, the midwife who soothed a mom from childbirth pains, the mom who rubbed her child to pamper and bond, the trainer who was preparing an athlete after and before a sporting pursuit, the nurse who applied a healing balm in war times at a bath or spa, the physician who treated an injury with a mechanical or liniment remedy, the woman who applied soothing and healing creams to her skin for health and beauty, and anyone who touched an additional person merely for good feeling and becoming relaxed —massage was a portion of the repertoire of every one of these activities prior to it braking free within the late Nineteenth century. It will remain a complement to all of them, though it now is recognized as a stand-alone therapeutic modality.

As our technological society advances, the necessity for human contact additionally increases, and massage continually responds to that necessity. Massage increasingly is applied in diverse and more venues. Introduction of the massage chair within the 80s offered new meaning to the term ‘have table, will travel.’ Publicity that surrounded the use of massage within sports possesses a substantial impact upon massage’s popularity. Also, massage became further incorporated into additional types of therapy, spiritual endeavors and education.An author within the massage trade asserts that the timespan between 1880 and 1910 included the golden age of massage within the United States. Even though massage will be as old as humankind, it started to emerge as a widely and independent utilized therapeutic tool within the 50s and 60s, completely coming into its own within the 80s and 90s. Within these decades, massage was more broadly accepted, used, recognized, marketed, developed, and organized than during any additional time in its lengthy history. Plus, it continually develops into the new millennium.

Massage schools significantly increased in numbers and quality. Professional publications and associations proliferated, and generated meaningful and exciting avenues of networking, data dissemination and cultural and political involvement never before witnessed within the industry. Regulation of the massage industry increased, assisting the ethics and business of massage in order to become more evident. All these factors assisted in significantly altering massage’s public perception, and massage’s image oftentimes linked to prostitution, is diminishing into the background. The industry of massage moved from the fringes of most additional human activities to become a realm unto its own over the timespan of a couple of decades — the golden age of massage.