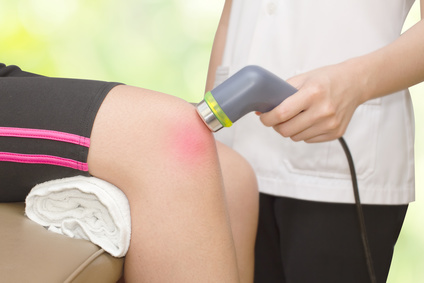 The ultrasonic waves cause a deep heating effect locally, with the patient normally feeling no sensation of this heat.

Benefits And Uses Of Therapeutic Ultrasound

Ultrasound treatments have been used by physical therapists since the 1940s. To administer the treatment, ultrasound gel is applied to the rounded head wand or probe which is then put in direct contact with the patient’s skin. The gel helps to reduce friction between the wand and the patient’s skin and assists in the transmission of the ultrasonic waves which pass through the skin setting up vibrations in local tissues.

The vibrations (also called cavitation) cause a deep heating effect locally, with the patient normally feeling no sensation of this heat. There are circumstances in which the heating effect is not desired (such as a fresh injury with acute inflammation) and for these the ultrasound is pulsed rather than continuously transmitted.

Ultrasound carries three primary benefits. These are the speeding up of the healing process due to increased local blood flow; decrease in pain as swelling and chronic inflammation are reduced; and softening scar tissue with gentle massage of muscles, tendons, and ligaments without applying excessive force.

Some conditions treated with ultrasound include:

Ultrasound therapy is also used in:

There are several situations in which the use of ultrasound therapy is not advised. These include cases where the area being considered for treatment has metal implants, acute infection, active growth plates (as in children), malignancy, or vascular abnormalities.

Other areas to be avoided are directly on the abdomen of pregnant women, as well as over the eyes, skull, and testes. Included in the list of contraindications for ultrasound therapy is the region over the spinal cord where there has been a laminectomy (removal of the back part of the vertebra that covers the spinal canal).

As research continues into the expanding benefits and uses of ultrasound therapy, many persons are already finding much needed relief by way of this non-invasive form of treatment.